Due to the uncertain political and security environment and the risk of attack and kidnapping due to the presence of Daech, the entire country of Afghanistan remains strictly off-limits. Foreign nationals and business travellers are advised to postpone all travel to Afghanistan until further notice and those who remain in the country are advised to leave.

While the Taliban’s interim government continues to consolidate its power, the security environment remains fragile. Difficult economic conditions, an increased threat of militancy and generally high levels of insecurity and political instability have contributed to this situation. While the threat of militancy in Kabul was EXTREME even before the Taliban takeover, since the international withdrawal, there are far fewer mitigating measures available. In addition to international troops, international security providers also left after the Taliban took over Kabul. Although we are aware of several contractors operating in Kabul who can potentially provide transport or equipment drop support, this lack of security support exacerbates the already high threat.

IS-K is estimated to have around 3,000 fighters, although it is actively recruiting more from among disaffected Taliban members. Around their current stronghold of Jalalabad – and Nang Ahar province in general – IS-K has targeted Taliban personnel with IED attacks and reportedly attempted assassinations. The group has also demonstrated its ability to launch large-scale attacks in other parts of the country, such as the attack on a Shia mosque in Kunduz on 8 October. This attack killed dozens of people, with some credible estimates putting the death toll at 100. On 3 October, there was also an attack on the Eidgah Mosque in Kabul, where memorial prayers were being held for the recently deceased mother of prominent Taliban spokesman Zabihullah Mujahid. The attack reportedly killed several civilians and was notable for its high-profile nature. The Taliban later claimed to have conducted raids in the northern parts of Kabul, which ‘destroyed’ an ISK cell. Although the raids took place, we cannot verify whether any militants were apprehended or killed, as claimed. IS-K will continue to launch attacks aimed at undermining the Taliban regime – as we have seen from the group’s previous modus operandi, these attacks will include large-scale and indiscriminate incidents.

The Taliban interim government faces many important challenges, including balancing competing political objectives. While the cabinet is dominated by hardliners, the Taliban leadership seems to recognise the importance of gaining international legitimacy. However, any concessions to the international community to achieve this goal are likely to be limited by these internal, organisational and domestic concerns; the leadership wants to avoid appearing too moderate.

The quality of medical care in the country is very low, even in Kabul. Only a few institutions can provide simple and acceptable treatments : the German Clinic which remains open and the Daoud Khan Military Hospital. Some French NGOs such as MSF and Première Urgence International are still operating in some provinces.

In case of health problems, it is recommended to open an assistance file as soon as possible as an evacuation can take a long time due to the delay in obtaining authorisations and a seat in a secure plane.

At today, European insurers are still authorized to reimburse medical claims incurred in Afghanistan by policyholders, to their bank account in their country of residence (except countries under international sanctions). However, direct payment to medical centers (clinics, hospitals) are not possible.

Evacuation and Repatriation from Afghanistan

By air
UN-operated flights (UNHAS) are one of the few options for travel to and from Afghanistan at present. Although the Taliban government has made numerous statements about the reopening of Kabul’s Hamid Karzai International Airport, the resumption of commercial flights remains unlikely in the short term. The implementation of standardised aviation protocols and security arrangements for Kabul airport and Afghan airspace is unclear. Airport security also remains a major concern.

We have a very limited number of aircraft operators who are able and willing to operate charter flights from Kabul on a case-by-case basis. However, in the absence of a clear and compliant landing clearance and landing application procedure, aircraft operators are requesting:

* support for the facilitation of landing permits at Kabul airport, and ;

* that all passengers must have the appropriate travel documents and visas to leave Afghanistan and enter the destination country. A full Covid-19 vaccination is also essential to avoid denial of evacuation or overflights to other countries.

This means that clients must be able to make direct contact with the Taliban to obtain landing clearances.

To our knowledge, there are no longer any private security providers operating in Kabul. The absence of international troops or private security support, as well as any diplomatic support on the ground, removes an essential mitigation measure. We advise anyone remaining in the country to have secure accommodation that can withstand a waiting capacity of at least 96 hours.

By land
In addition, we do not advise people to evacuate by land due to the increased risks posed by several factors. In addition, there is limited capacity to support any land movement from Kabul or other major cities to the borders.

The four countries bordering Afghanistan are not viable options for land evacuation at this time. The border crossings are currently operating irregularly and unpredictably.

Travel to Iran requires legal advice on your company’s policies and sanctions compliance. Tajikistan has deployed high security measures on its borders with Afghanistan. Entry by land from Afghanistan will be extremely difficult in terms of control by Tajik authorities and logistical arrangements. The Afghan and Pakistani authorities permanently close the borders between the two countries, making any plan for overland evacuation subject to noticeable changes in the short term. In addition, increased crime rates due to the presence of overflow migrants at the borders, terrorist threats from militant groups in both countries, and the threat of insurgency from separatist groups in Pakistan make any overland travel extremely precarious. Taliban checkpoints should also be considered as an additional logistical challenge, which means that your organisation must have local partners who are able to obtain permits to pass through Taliban checkpoints and communicate with Taliban personnel.

Travel advices for Afghanistan: The situation in Afghanistan is therefore complicated and unstable. The context can change rapidly and become very dangerous with terrorist actions, especially in the east of the country. The risk of kidnapping remains permanent, Afghans can be victims of kidnapping as much as foreigners.

Threats may be lower since the Taliban took power, but given the security situation and the absence of european diplomatic post in Kabul, consular assistance is very difficult, if not impossible to provide. 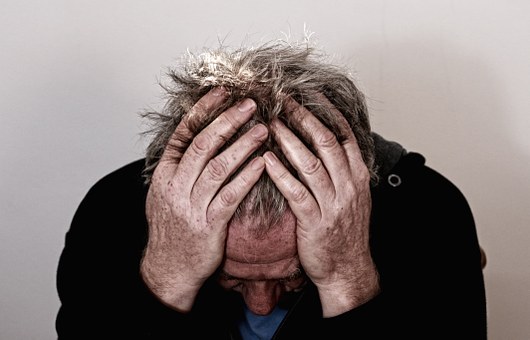 The Importance of Mental Health Awareness for mobile NGOs’ staff

Medical Insurance Issues Companies which develop their business in Africa have to deal with the...

Leave a reply Click here to cancel the reply